“There’s something in the walls,” she said, grabbing my hand and pulling me through the front door.

We stood in the hallway, listening, my mother with her ear against the wall. Outside, the wind was dancing a mazurka, spinning branches in its embrace, lifting the door knocker and tapping to come in.

“See,” I said. “There is nothing behind the wall except a space where the wind whistles. I’ll make a cup of tea.”

Mum remained by the wall while I pottered about with kettle and crockery. Opening the cupboard to grab the biscuit tin, I heard a rapid knocking from within.

“There it is,” Mum said from the doorway.

“It’s probably a mouse after your biscuits.”

“No,” she replied, her lips trembling. “There’s a ghost in the walls and it’s going to get out while I’m asleep and creep into bed with me.” 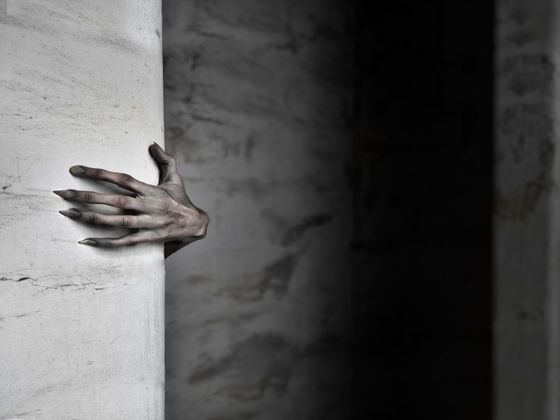 My response to dVerse Poets Pub Prosery: Of Houses, Walls, and Whistling Winds

Merril is hosting from southern New Jersey with another Prosery prompt, in which we write a piece of short prose (no longer than 144 words) that includes a line from a poem.

The line that Merril has chosen is from Lisel Mueller’s poem ‘Drawings By Children’:

and she has given us a link to the entire poem on Brainpickings.

I know Halloween is over, but I was inspired to write an eerie story.

65 thoughts on “Something in the Walls”