After watching the stars all night, she was still out there, in the frozen outdoors, tracking a comet across the sky. It was slow-moving, not as bright as she expected, and then it changed course, heading towards her.

The light stopped in mid-air, pulsing a shade of blue she’d never seen before. She thought, “I prefer keeping in mind even the possibility that existence has its own reason for being,” just as the pulsating glow metamorphosed into a human-like form. She wasn’t afraid. It was something she’d always wanted.

The form pulsated green to yellow.

“Are you from another planet?”

It glowed red, and then it spoke, in a faint voice, gravelly with space dust.

“I’ve been watching the stars from my own planet and noticed you doing the same thing on yours. Shall we watch them together?” 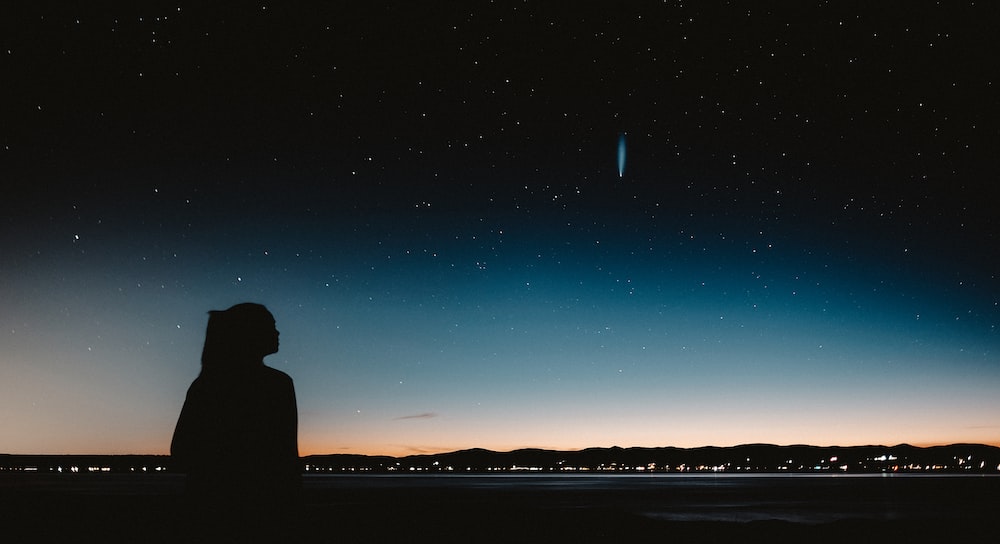 Image by Patrick Boucher on Unsplash

This Monday, Merril is hosting from southern New Jersey where, she says, possibility is in the air. For this month’s Poetics, she ‘went down the rabbit-hole with Brainpickings’, something I read regularly, a poem by Polish poet and translator Wislawa Szymborska called ‘Possibilities’, from which she has chosen this line for us to incorporate into a piece of prose:

“I prefer keeping in mind even the possibility that existence has its own reason for being.”

It can be flash fiction, nonfiction, or creative nonfiction, but it must be prose longer than 144 words, not including the title.