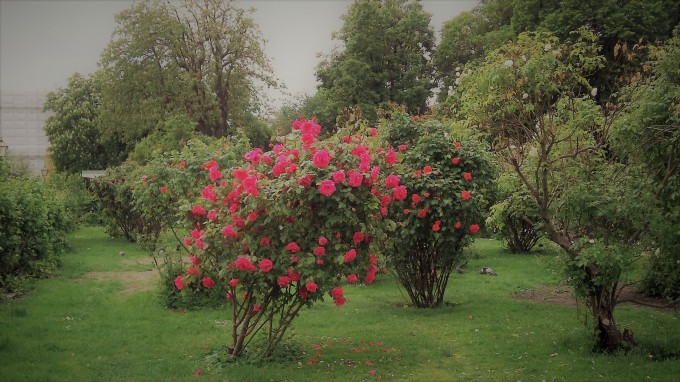 My response to Carpe Diem Universal Jane #17 fragment and phrase

This weekend’s meditation’ is a Universal Jane episode, in which Chèvrefeuille has shared an essay on ‘Fragment & Phrase Theory’ by Jane Reichhold.

It begins with: “The fact that the smallest literary form – haiku – has the most rules never ceases to amaze and astound. The only real comfort one can find in this situation is the concept that this affords a wider range of rules from which a writer can pick and choose.” I found this very interesting as sometimes I like to write traditional haiku and try to follow all the rules, while at other times I enjoy writing more modern haiku and disregard one or more of the rules.

Jane Reichhold continues by writing: “First and foremost, and certainly the guideline which I have consciously or unconsciously followed the longest, is the one that a haiku must be divided into two parts. This is the positive side of the rule that haiku should not be a run-on sentence. There needs to be a syntactical break dividing the ku into two parts… For the purposes of this discussion, I would like to call the shorter portion, the fragment and the longer portion, or rest of the poem, the phrase… Before getting into that, let me state that the fragment can be (or usually is) either line 1 or line 3.” This is something I understand and to which I always try to adhere.

Further on in the essay, Jane says that, in the fragment “you can often dispense with the use of an article to leave the noun stand alone. Sometimes you can even erase the preposition from the fragment”.  As a retired English teacher, this is something that I have struggled with, but it is worth working on, not just for haiku and tanka but also for other poetic forms.

Jane says: “However, one cannot follow the same “rule” in writing the phrase portion of the ku. Sometimes critics make the comment in a workshop that a haiku is “choppy”. What they are referring to is the feeling that at the end of each line the break in syntax is final. The two lines of the phrase are not hooked together in a flow of grammar and meaning.” This makes me feel a little better, especially as she later points out that adding a verb can provide grammatical flow between lines 2 and 3.

She also touches on using punctuation in ku, often a dash after the fragment and nothing, not even a comma, in the middle of the phrase. She says: “Sometimes, the haiku sounds like a run-on sentence because the author is too lazy to rewrite the fragment clearly and thus, has to add a dash forcing the reader into the obligatory break.” Jane sees most punctuation as a cop-out, which is why I rarely use it. “Almost any ku written as a run-on sentence (with or without its dash) can be rewritten so the grammar syntax forms the proper breaks. Or the author forms places where the reader can decide where to make the break and thus, give the haiku additional meaning.”

She ends by saying: “There is, thank goodness, no one way to write a haiku. Though the literature has haiku which we admire and even model our own works on, there is no one style or technique which is absolutely the best. Haiku is too large for that. Haiku has, in its short history been explored and expanded by writers so that now we have a fairly wide range of styles, techniques and methods to investigate.”

All of the above is why I enjoy writing haiku and taking part in Carpe Diem prompts and challenges.

In this episode Chèvrefeuille would like us to create haiku (or tanka) in which we use the fragment and phrase theory.