Red bricks echo with the homeless and poor,
from the squeak of wrought-iron gate
to the heavy fall of knocker on imposing door.
They reverberate with hunger,
fuelled by gruel and mouse-meagre
morsel trails of bread-and-cheese
through the corridors of their history.
They are organised and counted
by the workhouse clock, punctuated
with oakum, elbow grease and laundry steam,
and the exhausted end-of-every-day dream
of children, husbands and wives
in the same building, living separate lives. 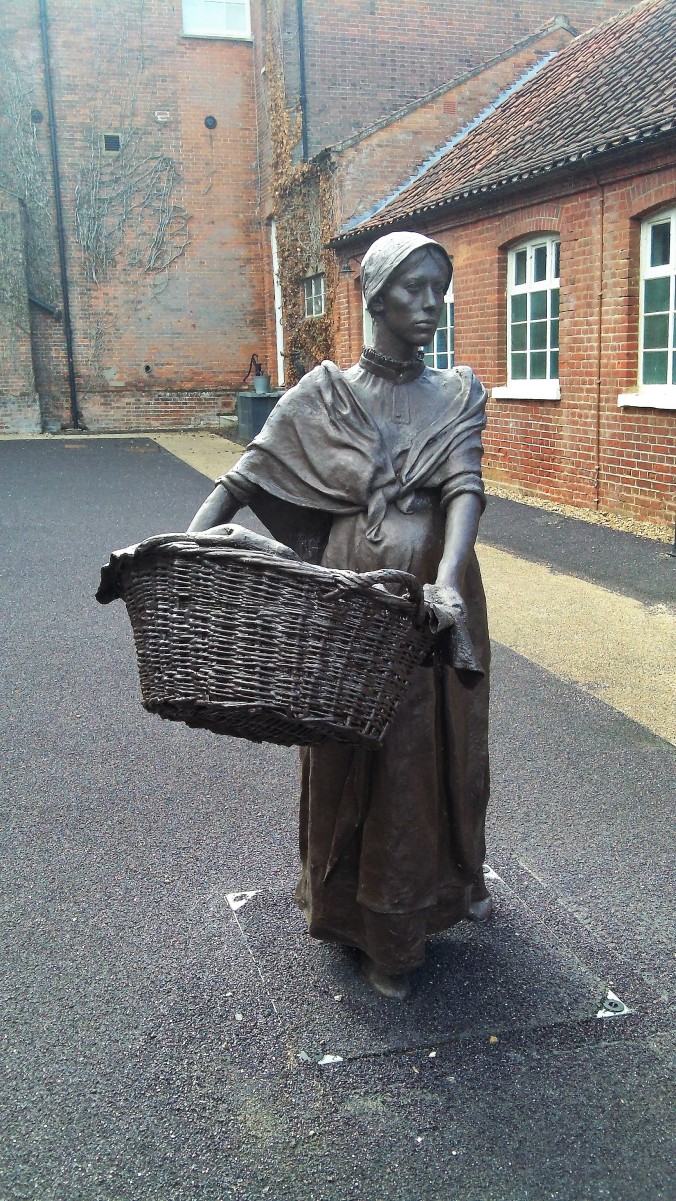 My response to Imaginary Garden with Real Toads Sanaa’s Challenge: Of muse and me

Sanaa started her prompt with a great quote from Nabakov: ‘The pages are still blank, but there is a miraculous feeling of the words being there, written in invisible ink and clamoring to become visible.’ She wants us to go out and breathe in our surroundings, sit back and relax in a nearby cafe and grab a cup of coffee or tea with a friend. She also quotes Francis Bacon: “Write down the thoughts of the moment. Those that come unsought for are commonly the most valuable.”

I visited a friend on the other side of the county on Tuesday and she took me to a marvellous workhouse and farm museum. We only had time to explore the workhouse, which is huge and full of the most interesting exhibits that give you a taste of a poor, homeless person’s life in Victorian times. I had my notebook and pen with me but there was so much to see and do that I didn’t have time to get it out – but I did take some photographs.

The poem I’m posting is a first draft, just to test the water, as I plan to write a series of poems on the workhouse as a whole and on individual artefacts.

20 thoughts on “Impressions of Gressenhall”