I have always loved Will’s work from the moment I was introduced to his plays at school, and I remember falling in love with the sonnets as if it was only yesterday. The first poems I wrote as a teenager were sonnets and I still fall into the form when I least expect it. The rhythm and phrasing of iambic pentameter, the couplets and the number of lines (fourteen is a perfect number for me) are magical.

Basho came much later, when I discovered the joys of writing haiku, those little gems of expression that capture a moment. I have to say, I’m not enamoured of all of his work (which probably has a lot to do with the translations), and find Issa more to my taste, but Basho is the master I turn to for lessons in writing haiku. 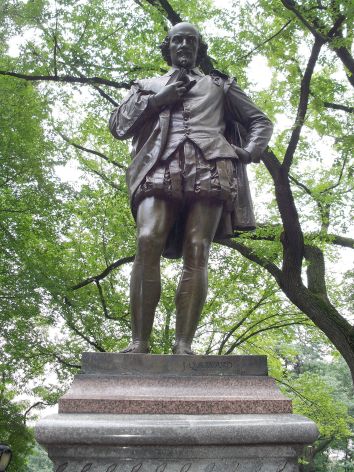 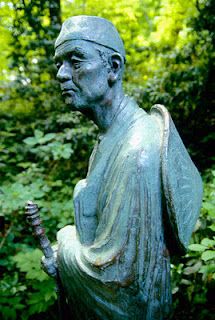 My response to dVerse Poets Pub Haibun Monday: A Portrait of Two Masters

Frank T. welcomes us to another Haibun Monday, where are blending prose and haiku with two master poets: Basho and Shakespeare. He has given us some background information for each of them and pointed out that although they are continents and generations apart, they do have some things in common: they transformed the fashionable poetic form of their time;  significantly influenced the literary culture of their respective societies; and achieved international renown, with an impact felt to this day.

Frank would like us to write a haibun that alludes to either (or both!) of these poetic masters, commenting on their lives or accomplishments, writing a mock-memoir from their point of view, exploring some aspect of their art, reflecting on their impact—whatever we like! I thought I’d try writing a haiku based on Sonnet 18, one of my favourites.