Time passed under the willow. The weather witch did not return and the stone goblin, believed by the villagers to be a sleeping gnome, was still propped against its trunk. Over time, dogs and cats sniffed at him, robins perched on his head, but no magpies visited. He soon disappeared beneath a clump of brambles and nettles.

The willow tree grew stronger and taller, with thick branches and lush green leaves. The village cricket team put in a request for bats to be made from its wood, with which they won all their matches, and anyone who napped under the willow’s green dome had pleasant dreams. Stories began to circulate about the power of the willow tree.

One day, a removal van trundled down the road towards the only cottage with a view of the willow. It had been vacant for a long time. Soon renovation work began, and the new owner removed the weeds in the front garden and planted herbs and brightly coloured flowers in their place.

She was an unusual woman. Her long hair was woven into a plait, which hung all the way to her ankles. Her periwinkle eyes sparkled and observed everything that happened in the village.  Her skirts were long and swishy, raising dust and leaves as she walked, and her fingers were covered with silver rings embedded with jade, jasper and amber. The villagers wondered who she was. It didn’t take long for them to find out.

Her name was Willa. She let that slip in the village shop. Soon everyone found an excuse to watch her under the willow tree as she removed nettles and brambles from the sleeping gnome, washed him with rainwater and scrubbed off the dust and moss that had accumulated on his body. Children were drawn to her quiet singing in a soprano voice, and an unknown language.

She asked the shopkeeper why there were so many species of birds but no magpies in the village. The shopkeeper was only too pleased to tell her how the weather witch struck the magpie with lightning.

“I will rectify the situation as soon as possible,” said Willa. “But first I must ask the willow for one of its branches.” 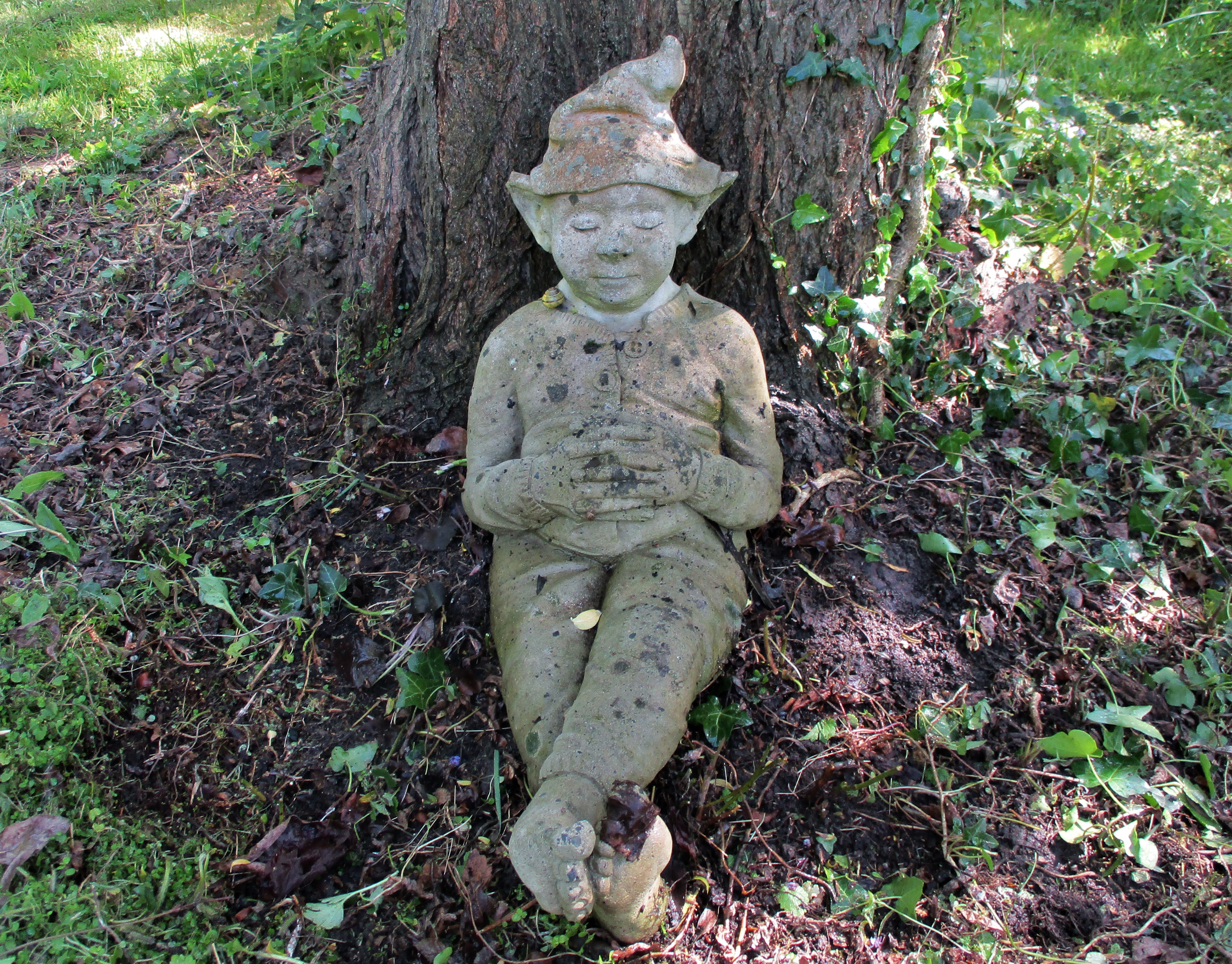 369 words of prose for Poets and Storytellers United Writers’ Pantry

As readers wanted more of this story, here is another episode, which I wrote during last Tuesday’s ‘Shut Up and Write’ on-line session from the Norfolk Library and Information Service and the American Library in Norwich.

38 thoughts on “Back Under the Willow”