It’s a morning walk on a Norfolk beach,
wind strewing salty seaweed
like hair on a northerly breeze.

The flatness hid the traces.

It was a sea henge with an upturned oak stump
at the centre of a Bronze Age ring of trunks:
fifty-five split and ancient hearts of oak.

And hearts were split.

Some thought of knowledge and archaeology,
while others clung to tourism and money,
and some believed in its sanctity.

A burial site open to sky and sea.

The trees had been felled in spring or early
summer, the labour of a whole community,
working together on the salt marsh.

it had shifted to the beach,
hidden among sand and peat –
until an axe head gave it away. 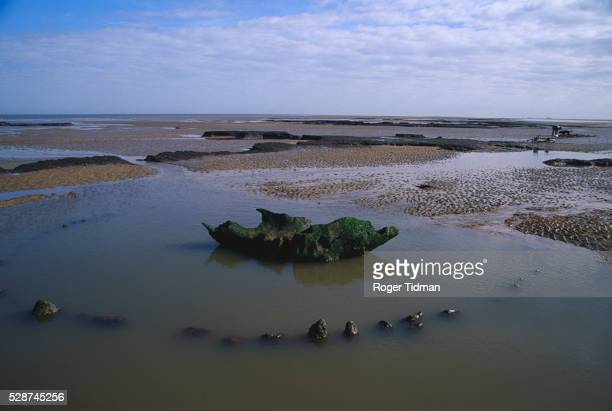 Brendan says that we ‘live amid aeons’ and tells us about the sand beneath his house, the Appalachian mountains, and water about 25 thousand years old. He writes about our 3- million-year legacy of homonid existence and mammals dating back 200 million years, goes even further into time and space and then returns to the ‘deep time’ of the underland, which he describes as ‘a radical perspective, provoking us to action not apathy.’

Brendan wants to see what happens when we focus our poetic eyes on the presence of deep time. He asks about places where we have experienced it, such as a beach or primeval forest, and invites us to observe places in which ‘time is inverted, a life becomes aeons and forever exhales in gasp’, whether geologic, glacial, human or poem.

Brendan has shared two poems to get us started: ‘Becoming a Forest’ by Ama Codjoe and ‘Formaggio’ by Louise Gluck.