Above the garden, diamond sparkles fill the sky and the moon is a thin slice of lemon light. An owl floats, a slow ghost fading into shadows. Even the breeze is soundless. I’m beginning to feel that I’m alone on this planet, when far away an interrupted cry causes a rip in the silence – and then it starts. A goatsucker, the ancient nightjar, bursts into uncanny nocturnal churring and close by there’s an echoing bark – a fox or a muntjac? Or is it a madman barking at the disappearing moon? Leaves rustle, even the weeds beneath my feet seem to be on the move, tangling around my ankles, and my big toe erupts with pain as I trip over something hard. In the dwindling moonlight, a pale face stares up at me, its stone mouth agape in agony. The sleeping gnome is awake. 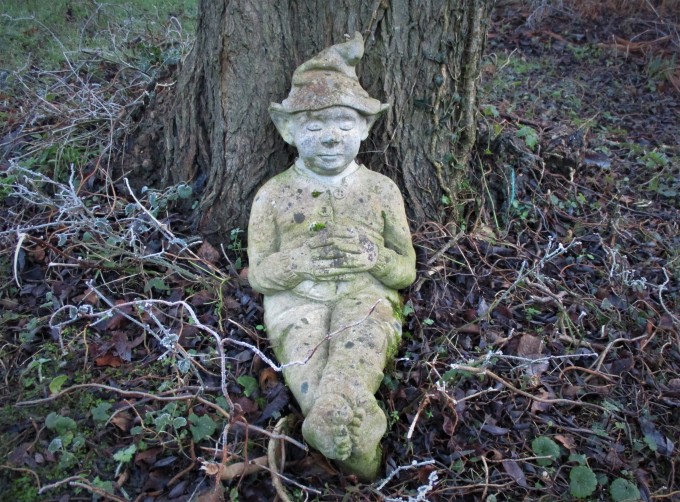 This week Björn has introduced our new writing prompt:  flash fiction consisting of a beginning, an end and something in between, dVerse style. Our flash fiction is called prosery. it has a limit of 144 words (a gross or an additional hundred words to a quadrille), with an additional challenge to hit the 144 words exactly, and a similar constraint to the quadrille: we are given not just a word but a complete line from a poem, which has to be included somewhere in our stories.

For this first prosery prompt, Björn asks us to write stories with a maximum of 144 words which must include the line: “When far away an interrupted cry”, which has been taken from the poem ‘Acquainted with the Night’ by Robert Frost.