Earth, wind, fire and water,
each of them a divine daughter,
waged a war on heaven and earth,
so powerful that it gave birth
to weather-witches, hags and crones,
who traded in claws and bones,
feathers, fangs, skulls and shells,
to strengthen herbs and magic spells.

Each bound to their own element,
some witches crooned a sullen lament,
aggrieved that they were chained to night,
craved the sun’s power, heat and light.
They touched the heart of a sorceress sister,
who created from rock a shiny mirror
to catch the last rays of the sun
to give them light when day is done.

As with most spells and promises made,
a covenant was placed upon the deed
that full light was just monthly given,
and only when the clouds were riven.
The witches, sly and unsatisfied,
located a stone to buff and shine;
they cooled it in a witching pool,
where sunlight bored a perfect hole,

clear as an eye, right in the middle,
a perfect hagstone from a pebble. 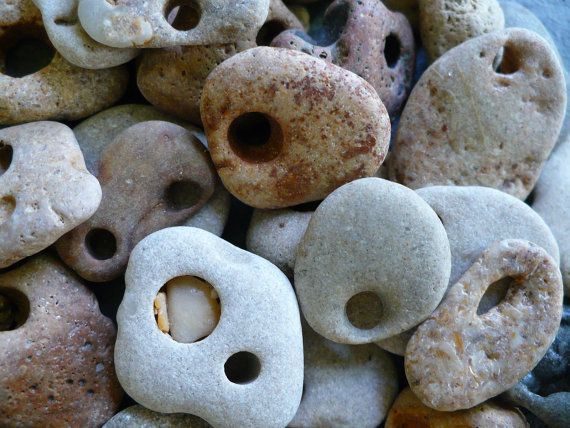 My response to dVerse Poets Pub Meeting the Bar: Personification and Imagery

Grace is our host for this month’s exploration of literary devices, the techniques that writers use to create a special and pointed effect in order to to convey information or help readers understand their writing on a deeper level, for emphasis or clarity, or to get readers to connect more strongly with either a story as a whole or specific characters or themes.

Grace is wants us to focus on personification and imagery and gives us explanations and examples of both techniques. Our challenge is to write poems utilizing personification, imagery or a combination of both.