After years of needless fear
of creatures I will never face,
I’ve had a change of mind
about sharks being dangerous,
blood-crazed and murderous.

Last night, I watched a programme
about the wonders of the deep,
and marvelled at the pyjama shark,
a stripy type of cat-
shark (you know how I love cats).

It lives on the bottom of the ocean,
among kelp and rocky reefs,
spends most of the day motionless
until it senses octopus or squid,
cephalopods to chase and outwit.

It’s a clever one, preyed on
by other sharks, and harmless
to humans in the water,
yet it is hooked by anglers
and needlessly slaughtered. 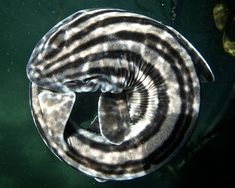 Sherry is our host this Monday with a prompt about sharks. She tells us about a guy called Rob Stewart, who loves the creatures of the deep, especially sharks with which, she says, he swam, and found them ‘beautiful, mysterious and non-threatening’. After reading Sherry’s article, I am both shocked at the way they have been hunted and used in various products, and fascinated, but still wouldn’t want to come face to face with one.

For our challenge, we are writing about sharks, the ocean, shark fin soup, human predators, or whatever the article inspires. It could have been tricky if I hadn’t watched Blue Planet II yesterday, as I have had a fear of sharks for a long time – ridiculous considering I live on the North Sea coast – too cold for sharks!

26 thoughts on “A Change of Mind About Sharks”