Last night I didn’t gaze at
lights in the November sky.
Long beyond midnight, even
longer into early morn,
lingering solitary,
lids drooped as I listened to
legendary sisters’ songs.

Leaning against the willow,
lulled by silver harmony,
lovely cosmic chords became
laments for a lost sister,
lugubrious Pleiades
lilting quietly to me. 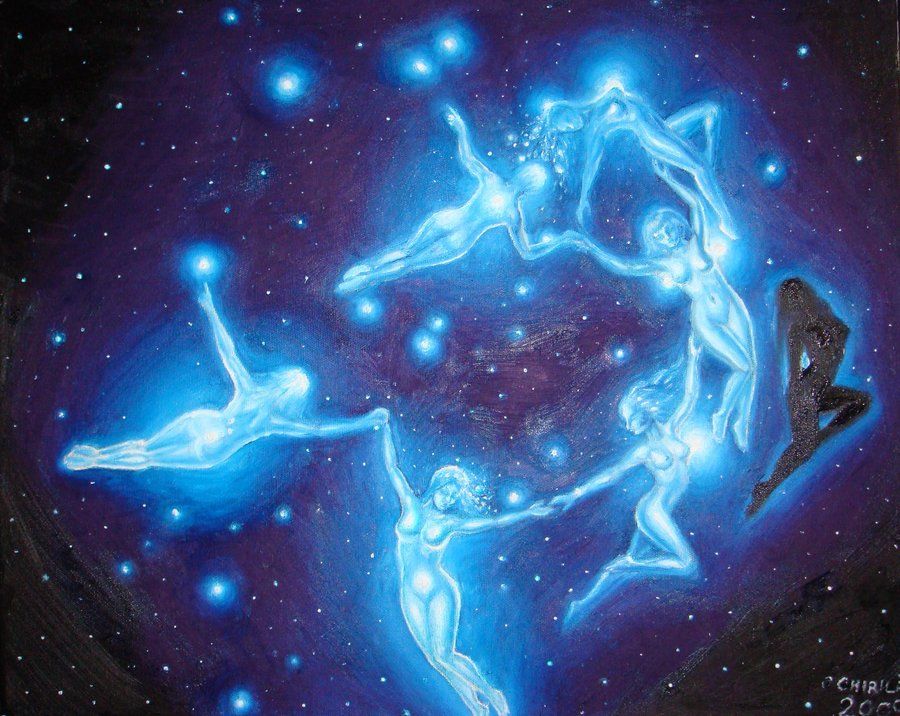 My response to dVerse Poets Pub Poetics: Stars that count

Laura is back with a Poetics challenge, this time starry-eyed from watching the seven sisters of the Pleiades. She has shared stellar poetry by other stargazers: Sappho, Walt Whitman, Marjorie Pickthall and Anne Spencer.

Her challenge has several options. We can write a poem using the Pleiades form; pick a one-word title and then write a seven-line  poem of seven syllables, whereby each line begins with the first letter of the title. Or, since only 6 of the Pleiades are now visible to the naked eye and some Greek legends explore what might have happened to the missing sister, Merope, sometimes called the Lost Pleiad, we may prefer to write the Pleiades form with just six lines of six syllables. Or we can write an acrostic poem of Pleiades or its derivative Pleiadian.

Choices, choices! Whichever we choose, the theme should be topical – within the cosmos, a mythology, or be pertinent to ‘seven’.

I found it hard to stick to one, so I wrote two stanzas: the first in the Pleiades form, the second a Lost Pleiad. (Image found on Pinterest)