So wicked are these summer larvae,
with their sun-blessed insect wings,
swarming the cemetery, sucking
blood like vampires of the day.

But you are not to know or care
that they travelled here through time,
tiny chrononauts buzzing in your ear
a warning from a future clime. 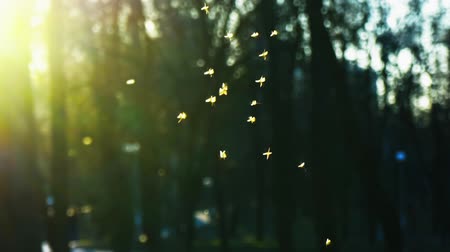 My response to NaPoWriMo Day Twelve

We’re starting this week with ‘Past and Future’, a challenge to write a poem using at least one word/concept/idea from each of two specialty dictionaries: Lempriere’s Classical Dictionary and the Historical Dictionary of Science Fiction. From the classical dictionary I chose “Larva, a name given to the wicked spiriti and apparitions which, according to the notions of the Romans, issued from their graves in the night and came to terrify the worid… given to the ghoils or spectres which superstition believes to hover around the graves of the dead” and ‘chrononaut’, another word for a time traveller.